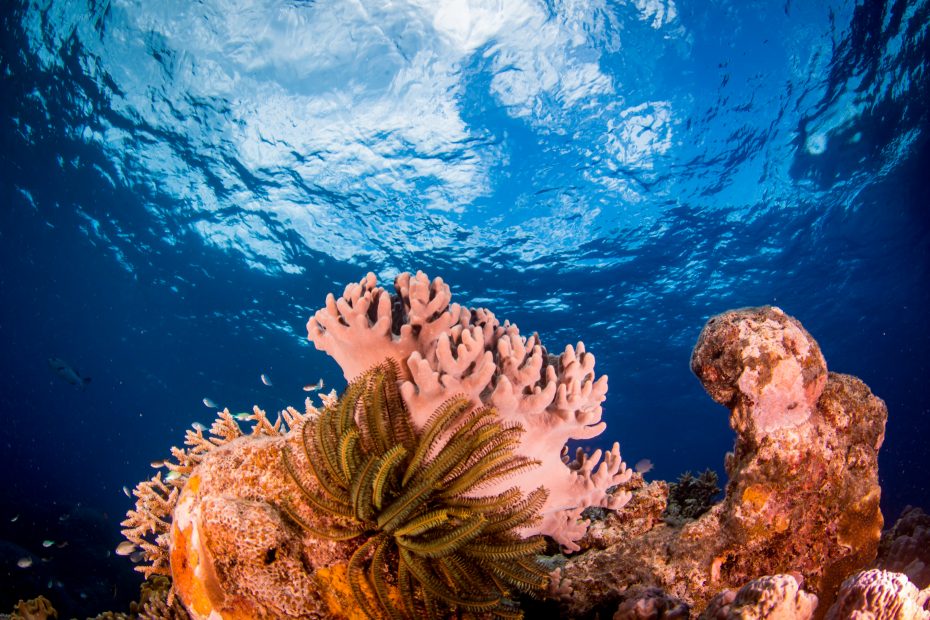 What is the Great Barrier Reef?

The GBR is also the world’s largest living organism and it forms a unique part of the modern Australian national identity as well as holding significant cultural value to indigenous Australians. Currently the reef is a great economic driver, supporting the direct employment of 64,000 people while circulating $6 billion to the economy annually. And is a major tourist attraction for people from all over the world. Worldwide it is estimated coral reefs occupy less than 1% of the oceans floor, so they are not only significant, but they are rare.

The main contributors to this bleaching is a rise in ocean temperatures. Agricultural land-based run-off that empties out into the ocean along the Queensland coast is also greatly contributing to poor water quality, and like-wise causing harm to inshore marine ecosystems. Other than warming ocean temperatures and agricultural run-off, there are also other smaller scale threats to the reef such as; coastal development, channel digging and boat and marine activity.

What else damages the GBR?

Outside of human threats to the reef, there are also weather events such as cyclones which can cause mass scale damage. Cyclone Debbie in 2017 did noticeable damage to the Great Barrier Reef. However, cyclones are a natural phenomenon, and it has been observed that in cyclone prone reef systems there is greater bio-diversity as corals that tend to dominate like branching corals, are fragile and knocked off more easily during a storm. This gives room for other corals to grow in their place, creating somewhat of an equilibrium. So although cyclones do cause damage, reef systems around the world have dealt with this threat for thousands of years and survived. It is the more drastic changes from human interference to the GBR which is taking the interest of conservation efforts, as the reef cannot adapt fast enough to survive. Scientist also predict intense weather events such as cyclones will increase as ocean temperatures rise.

So what can be done to help the Great Barrier reef? Even, what is being done?

The Australian governments is attempting to do its part doing by funding a range of initiatives and programs to try and counter the damage that is being made to the reef. Some scientists and the public argue it is not enough of a comprehensive plan and that there is more that needs to be done.

Some of the work the Australian government is trying to implement is as follows:

– Water run-off and reduction and control of crown of thorns star fish.

– Gully and Streambank join Program focusing on reducing the amount of sediment entering the reef.

-The Australian federal and Queensland governments are looking at ways to make shipping lanes safer in their outlined “North-East Shipping management plan’.

– Creation in 2005 of the Australian Research Council Centre of Excellence for Coral Reef Studies (ARC).  The ARC undertakes world class integrated studies for sustainable management of coral and is a partnership between Australian National University, James Cook University, University of Queensland, University of Western Australia and the Great Barrier Reef marine park authority.

Who else is taking part?

Apart from the Australian government there are many non-government and non-for-profit organisations doing their part to help the reef. Some are as follows:

The World Wildlife Fund or WWF, funds works with the Australian Marine Conservation Society to manage the “Fight For the Reef Campaign”. Aimed at raising awareness and stopping harmful practises to the reef.

The Reef Restoration Foundation is one such initiative gaining traction and doing their part in a hands on role. Lets talk a little more about what they do.

Who is the Reef Restoration Foundation?

The Reef Restoration Foundation was launched in 2017 with the aim of starting a program to create coral nurseries and undergo reef restoration through re-planting coral.

The organisation is made up of scientists from James Cook university, a small full-time employed crew (including marine biologists) and volunteers.

The Reef Restoration Foundation runs a coral nursery in Cairns, located offshore at Fitzroy Island, after they were granted permit from Great Barrier Reef Marine Authority to establish a pilot nursery in 2017.

The Reef Restoration Foundation successfully grew and planted their first generation of corals in 2019 and have since moved to a more accessible location on Fitzroy island. With aims of extending and expanding both their coral growing, and coral planting capacities.

How does coral planting (regeneration) work?

The Reef Restoration Foundation grows coral in their nurseries to be attached back to the reef.  Corals of opportunity (coral that has become detached from the reef structure but can be kept alive and re-established) are collected as well as small cuttings from coral that has survived the 2016/2017 bleaching event.

This coral that harvested should be naturally more resilient to higher water temperatures and less susceptible to coral bleaching, so it is used to create mother colonies for propagation.

These mother colonies and coral fragments are then attached via small lines to underwater frames which look like ‘trees’ or hills hoist clothes lines.

The coral can now continue to gain nutrients and grow, as this frame system accelerates coral growth. After 6-12 months of growing the coral fragments are taken off their structures and attached back to the reef by the scientists and volunteers. This is all to regenerate damaged sections of the reef, while aiming to achieve a more robust reef that is hopefully more resilient in warmer waters. The coral tree frames are then re-stocked, and the cycle begins again. This is how the organisation is working towards regenerating the reef. This work undertaken by the Reef Restoration Foundation is supported and monitored by James Cook University and has the support of the Australian Governments National Environmental Science Program.

The Reef Restoration Foundation is taking a pro-active step towards helping the reef. This Organisation also helps to raise awareness, and trials different scientific methods which contribute to greater understanding of marine reef ecosystems and how corals grow.

Who benefits from a healthy reef?

In short, everyone benefits from a healthy reef.  Tourism and related industries rely on a healthy reef, and this has a ‘knock-on’ effect. If the reef is healthy, fish stocks and populations can grow and disperse for fishing industries. A healthy reef also helps filter water, and keep the oceans clean, meaning the other parts of the ocean benefit from the Great Barrier Reef. Land erosion, and forests, beaches and hillsides benefit from a healthy reef, which acts as a buffer stopping swells, storms and waves from damaging the coastline. The Australian people and global community as a whole benefit from a healthy reef as it is a marvel of nature, and is still in some ways not yet understood.  The reef may hold keys to advances in medicine, science, technology, innovation, design, bio-mimicry and a plethora of other industries.  Keeping the reef healthy is not only beneficial to humans, but to entire species and eco-systems. Doing our best to maintain this wonder of the world is a noble under-taking and it should be highlighted that handing down an un-healthy reef to future generations would be a sad affair.

What can be done in the future?

Increased awareness. Active participation. More governmental grants and oversight. More clear restrictions and water quality from agricultural run-off. It is a monumental task of keeping the reef system healthy, and a rise in ocean temperatures is an incredibly large threat facing the reef. Despite this, efforts are never in vein, and every contribution is a continuation of conservation efforts looking for long term solutions and striving for a better world and a healthier planet.

I hope you enjoyed this article. The aim of Tread Wiser is to bring such initiatives to light, to help educate, inspire and inform. This article was written by Ryan Egglestone in September 2021 and more science research, data and information may have been updated since.

Data on this article can be found here: