What are Ocean Dead Zones? 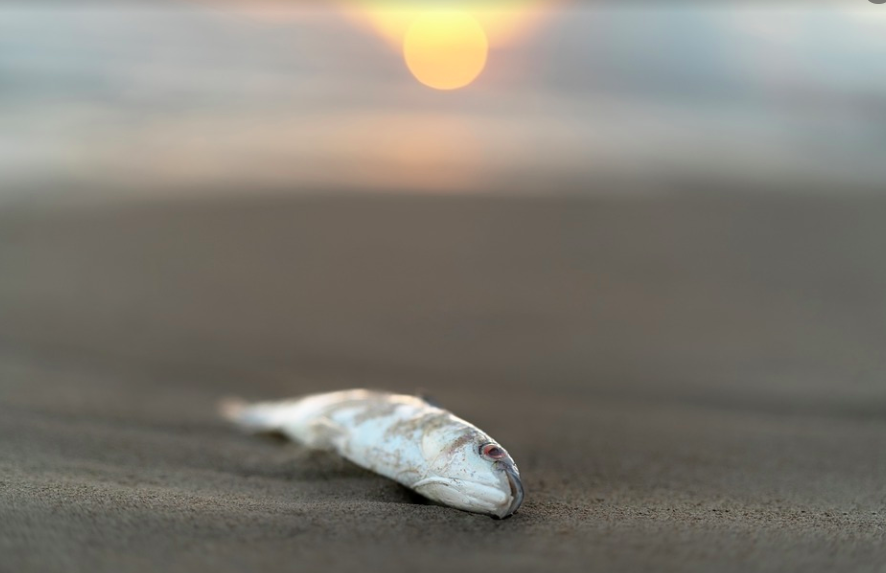 Ocean dead zones (also marine dead zones) are areas of the ocean where the Oxygen levels has fallen below a liveable level for marine life. This is referred to as being ‘hypoxic’ (lack of Oxygen). Most of the marine life in these areas dies, or if they are mobile they try to escape and move.

In 2004 the United Nations Environment program reported 146 dead zones in the world’s oceans.

How do dead zones occur?

An increase in nutrients like nitrogen and phosphorus in the water creates single celled organisms like algae and cyanobacteria to flourish. These algae blooms disrupt the natural balance of the ecosystem and deplete zooplankton which has a negative effect to other species like fish and marine flora.  Nitrogen and phosphorus rich waters can be caused as a result of agricultural run-off, factory run off and sediment increase.

The number and size of marine dead zones has increased in the 21st century. Ideas have been raised at attempts to re-oxygenate water by oxygen pumping. Essentially simulating waves and wind, in attempts to create wash, chop and movement to try and re-introduce oxygen to the water. This has been criticised by some scientists and conservationists as only a band-aid solution, and something that may have a knock-on or adverse unseen effect. In Sweden the idea of using chloride to bind phosphorous pollutants in sediments was also raised but was likewise scrutinised for “dumping chemicals into the Baltic Sea”. Researchers at the Baltic Nest Institute estimate the Baltic Sea dead zone has grown from 5000 km2 to 60,000 km2.

Some scientists see up-stream mitigation and control measures as the only way of effectively stopping dead zones from occurring.

Did you like this article? Want to keep reading? Check below: