What is Australia’s Exclusive Economic Zone? 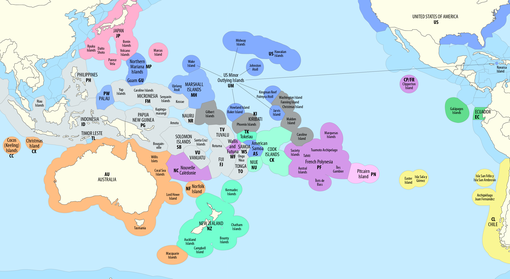 What is an Exclusive Economic Zone?

Exclusive Economic Zones (EEZ) are areas of coastal water within a certain distance of a country’s coastline. Generally an EEZ extends 200 Nautical Miles seaward from a coastline. This means the country has sole access to these waters for commercial and economic purposes. Countries essentially claims rights over these waters, as opposed to International Waters, which are free for all countries to use.

For a country with a huge coastline like Australia, this means that it’s EEZ is quite large. Similarly France and the USA which both have ownership over islands in the Pacific or the Caribbean likewise have large EEZ’s.

An Exclusive Economic Zone is not to be confused with a country’s landmass. An EEZ is simply a representation of water control only. In recent times, an example of a country looking to expand its EEZ can be seen with China’s creation of artificial islands in the South China Sea. China has world’s largest population of 1.3 billion but has a comparatively small EEZ. Some view the expansionist move into the South China Sea by China as essential for such a large country, and others as intrusive.  As can be understood an EEZ is very hard to define, agree upon and enforce.

Here is a list of countries Exclusive Economic Zones by size:

It is important to note, this does not include any countries Antarctic Territorial claims.

Many Australians were un-aware until quite recently during the AUKUS debacle that France and Australia are by proxy neighbouring countries. Although Australia shares no land borders with any country, it considers its neighbouring countries those that inhibit waters in its surroundings such as; New Zealand, Papua New Guinea, Indonesia, East Timor, Solomon Islands, and New Caledonia (France).

There are numerous purported conflicts of interest or areas of contention surrounding EEZ’s internationally. Some are listed below: